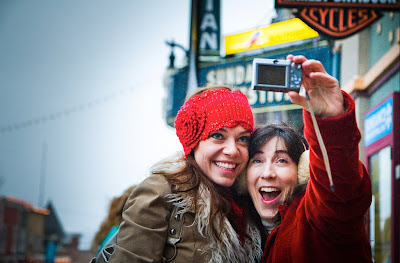 While we were at Sundance this year we decided that instead of just watching movies that we'd make a movie! Matt wrote a script, Jenny shot it and I directed. Stay tuned for SLASHDANCE...
Posted by BAER THIS IN MIND at 9:43 PM No comments:

LIFE IN A DAY at Sundance 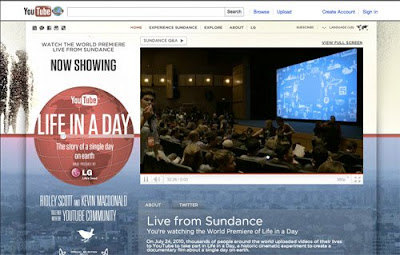 On July 24, 2010, more than 80,000 clips were submitted to this documentary project from 192 countries that added up to 4,500 hours of video! Clips were narrowed down from there to make a 90 minute documentary called LIFE IN A DAY, that premiered at Sundance! Remember my blog post last July? Matt and I had submitted footage and and it made the final cut! It was a lot of fun to see the movie in a packed 1200 seat theater at the Eccles! And the next day we learned that National Geographic is picking the movie and it will be released in theaters on July 24, 2011 --exactly 1 year after the day we all shot it. 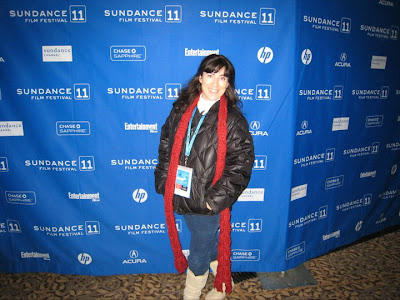 
POTA is giving away $1000 in new grants! To be eligible you must have a current COMPLETED short film or feature. Four filmmakers will each be awarded $250 to be used toward marketing, festival or distribution expenses. (For example: festival fees, hotel/plane to festivals/film market, postcards, etc..) It is free to apply. Applications are on a first come, first served basis. More info is listed below. Good luck! ****************************************************************************** GRANT CONTEST Patron of the Arts is giving away FOUR $250 grants to be used for marketing, festival or distribution expenses to qualified, completed film or art projects, through an online, democratic voting process. HOW TO APPLY FOR A GRANT From December 14, 2010 to January 3, 2011 download an application and follow the instructions. Limit one (1) Application per Participant during the Grant Program Period. Applications are on a first-come, first-served basis. To be eligible for consideration of a grant, the Application must be submitted via email before the end of the Application Period and comply with the Official Rules (including eligibility requirements) located here http://www.facebook.com/note.php?note_id=469943184778 If you ("Participant") are one of the first 40 people to submit an Application, and your project is qualified, you will be notified by e-mail, at the e-mail address provided on your Application if your Application has been accepted. Approved Participant's Project information shall be posted on the Patron of the Arts Facebook Page on 1/10/11. During the Voting Period individuals who have facebook accounts shall be eligible to vote for the Participants they think should receive Grants (“Voters”) by clicking the "like" button on the Applicant's entry. Each facebook "like" shall equate to 1 vote. Once the Voting Period has ended, the Participants with the highest number of Votes will each be deemed an Eligible $250 Grant Recipient. Information and Applications can be found here: http://tinyurl.com/POTAgrantcontest

Posted by BAER THIS IN MIND at 2:13 PM No comments:

Labels: Making a better world, Patron of the Arts 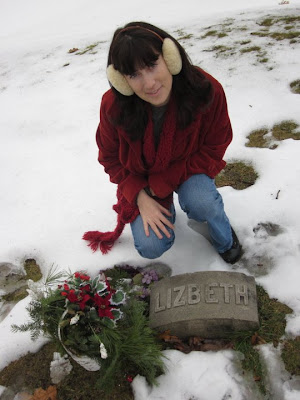 Posted by BAER THIS IN MIND at 7:47 AM No comments: