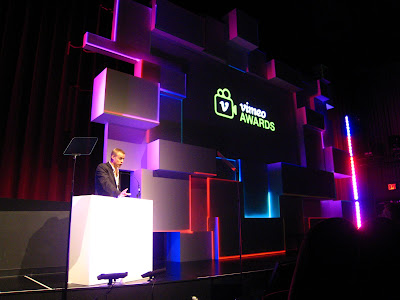 We had a BLAST at the first Annual Vimeo Festival + Awards. Now these people know how to throw an event! They flew Matt and I out there and put us up at the super-swank Roger Smith Hotel right in the heart of New York City. The introduction was given by Dr. Reggie Watts (who was AMAZING). He brought the house down! The next 2 days were filled with screenings and talks and workshops in a gorgeous location. There was a beer garden on the main floor, and a great lounge that featured rows of TV screens showcasing the Vimeo works.

Matt and I gave our workshops on the second day. Everyone seemed really pleased and it's especially gratifying when people came up to thank us for the rest of the festival, at various events. The Awards presentation may be one of the best I've seen (and I've seen a lot of award shows). They built a set that wrapped around the giant movie screen that lit up and was lighting designed for every segment individually! After the awards we were treated to a light show where the entire IAC building was image mapped to music! This was followed by a party with some of the best food from all around town.

We were honored to participate, had a blast and can't wait for the second Annual Vimeo + Awards! 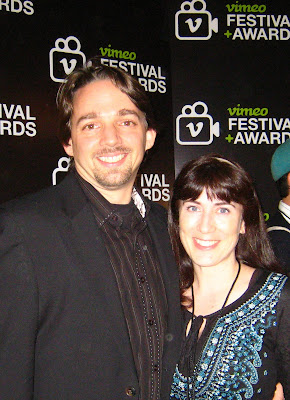 Posted by BAER THIS IN MIND at 5:40 PM No comments: 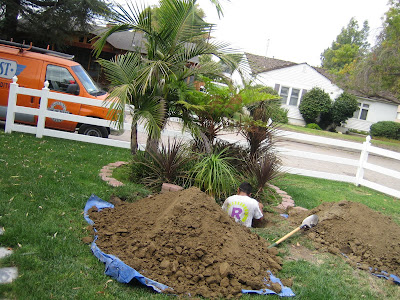 Well, it could be worse. Apparently when we had our sewer inspection before we bought the house and moved in (18 months ago), the inspection company only checked the "branch" line. The main line had a major problem. The good news is that that company paid for it! I felt really happy that some people in this world stand behind their work, and take responsibility for a mistake. Thank you! This would have been expensive!
Posted by BAER THIS IN MIND at 2:14 PM No comments: