Thanks For The Memories 2014


Thanks for the memories 2014!  We had a blast screening at 11 film festivals coast to coast, receiving awards & seeing the movie in theaters with live audiences from Los Angeles to Boston, at incredible venues like the historic Egyptian Theatre, the Chinese Theatres, the Laemmle Theatres (in Beverly Hills and North Hollywood) and at LA Live Regal Cinemas downtown. We had a blast spending quality time together with the Odd Brodsky family and making new memories. And yet I have a feeling that 2015 will be even better! Cant' wait to have more adventures together in 2015! As Audrey would say "Keep Banging!" 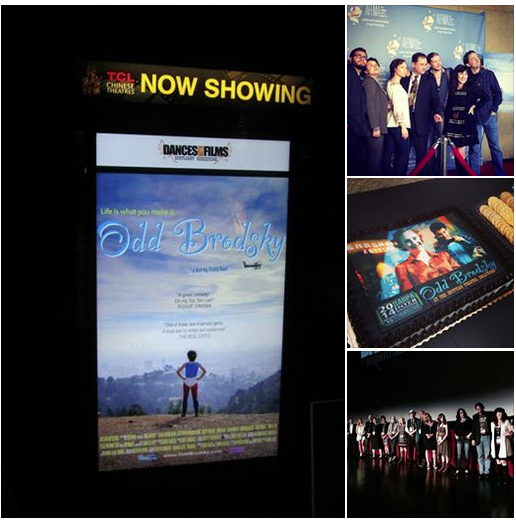 P.S. Here is what still remains on the Odd Brodsky WISHLIST: Festival screenings in: Portland (OR), Texas and New York would rock my socks. Then I'd love me a little RedBox, Walmart, Cable and online platforms. AND... if its not too much to ask, if we could get a (positive) review in the Hollywood Reporter or Variety, and more press so that more people can know about the movie, that would be fantastic! Thank you in advance!! <3 u="">

Posted by BAER THIS IN MIND at 1:48 PM No comments:

Philisophical Friday --A Thought from Buddha

All that is is the result of what we have thought. -The Buddha 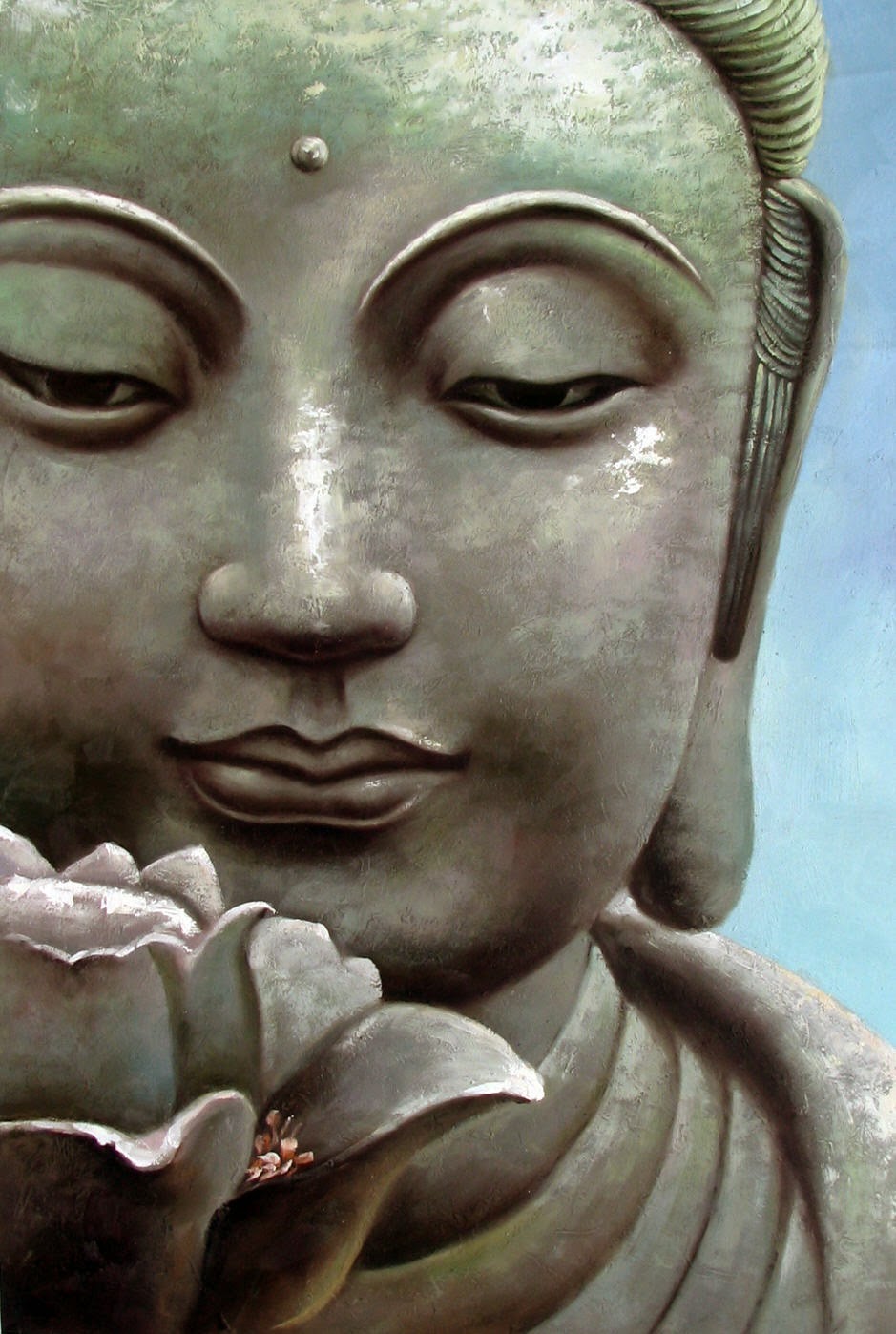 Posted by BAER THIS IN MIND at 1:45 PM No comments:

And the great news keeps coming!  Just found out that ODD BRODSKY has been short-listed for yet ANOTHER film festival right here in the Los Angeles area! Truly this is the little movie that could... Whooo Hoooo!!
Posted by BAER THIS IN MIND at 1:42 PM No comments: 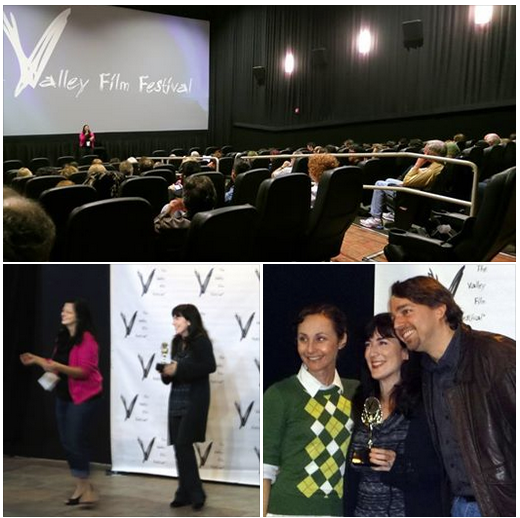 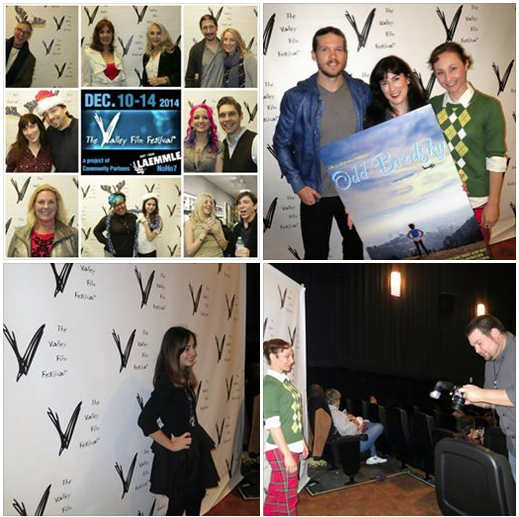 Posted by BAER THIS IN MIND at 1:36 PM No comments:

The 14th Annual Valley Film Festival Is This Weekend

Hope you can join us this weekend where ODD BRODSKY is the closing night film of the 14th Annual Valley Film Festival!  Join us Sunday 12/14 at 5pm a the Laemmle NoHo7 and stay for the Closing Night Party. Free Booze!! info here: www.tinyurl.com/OBatVFF2014
Posted by BAER THIS IN MIND at 1:28 PM No comments:

BIG EYES Gets A BIG RESPONSE

Last night we saw a preview of Tim Burton's BIG EYES, that included a Q&A with 87-year-old artist Margaret Keane, herself! The audience roared with laughter when she said that she had actually directed the movie and Tim Burton had taken credit! The trailer doesn't do this film justice AT ALL. And everything in the movie really happened--even the ending scenes! Plus our own Matthew Kevin Anderson (who plays Camera One in ODD BRODSKY) has a small role! See it when it opens December 25th! 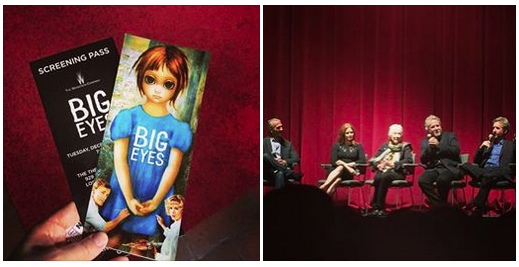 (Photos by Lisa Minzey)
Posted by BAER THIS IN MIND at 1:21 PM No comments:

Matt and I were honored to be the guests for this week's Hollyshorts Filmmaker Spotlight. Chelsea Fung interviewed us as a wife/husband team speaking about how we got into the business, how we met and how we work together as a married couple. Good Fun!  http://hollyshorts.com/archives/1525 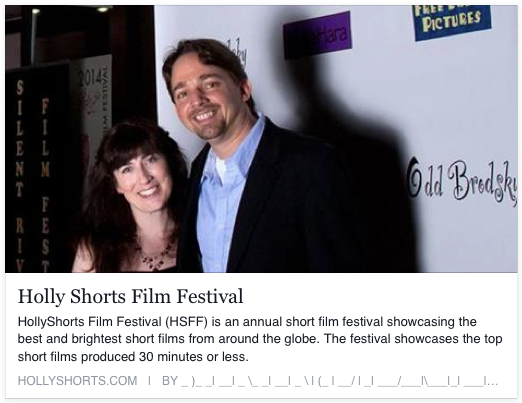 Posted by BAER THIS IN MIND at 1:18 PM No comments: